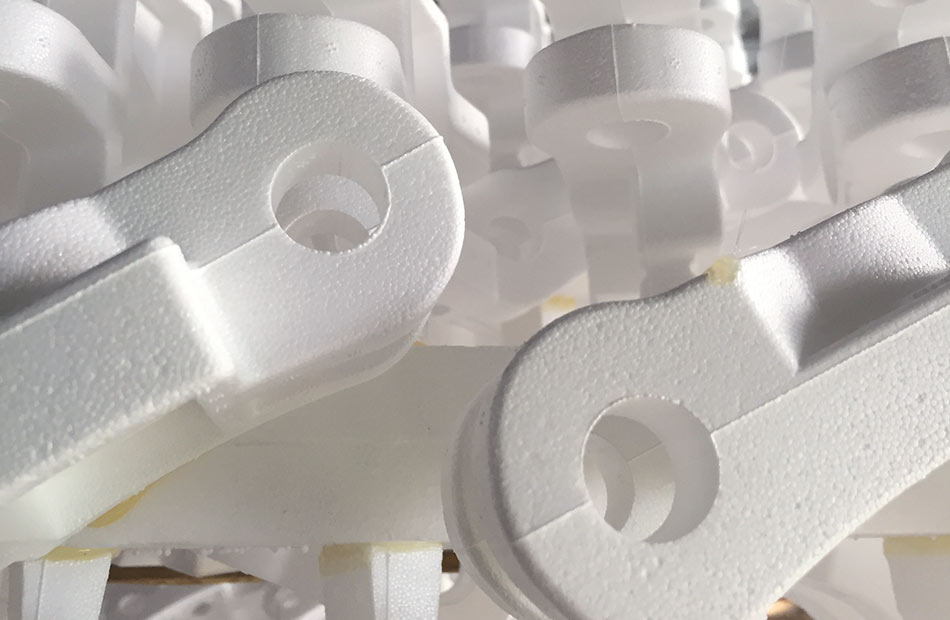 Lost-foam casting offers several benefits, one of which is ease of use. Most casting processes are complex and require over a half-dozen steps. Lost-foam casting, however, is relatively simple and straightforward: The polystyrene pellets are injected into the mold cavity, after which molten metal is added. The heat from the molten metal will cause the polystyrene pellets to vaporize, resulting in the creation of a casting that can be ejected form the mold cavity.

There’s also no flash with lost-foam casting. Flash, of course, consists of excess and unwanted material that accumulates on a casting. With that said, flash is usually caused by draft. Lost-foam casting doesn’t require the use of a draft, however, so it’s naturally protected against flash. This casting process offers clean castings with high dimensional accuracy.

On the other hand, the castings created by lost-foam casting aren’t particularly strong. With their low strength, they are naturally susceptible to damage, such as fracturing and breaking, when stressed.

Lost-foam casting is a casting process in which polystyrene pellets and molten metal is injected into a mold cavity. The molten metal causes the pellets to evaporate. Once evaporated, the hardened pellets form a casting that can be ejected from the mold cavity. Lost-foam casting is relatively easy to perform, offers high dimensional accuracy and is protected against flash. However, the castings are usually weaker and cost more to produce than those of other processes.

What is Pitting Corrosion?

What is Pitting Corrosion?