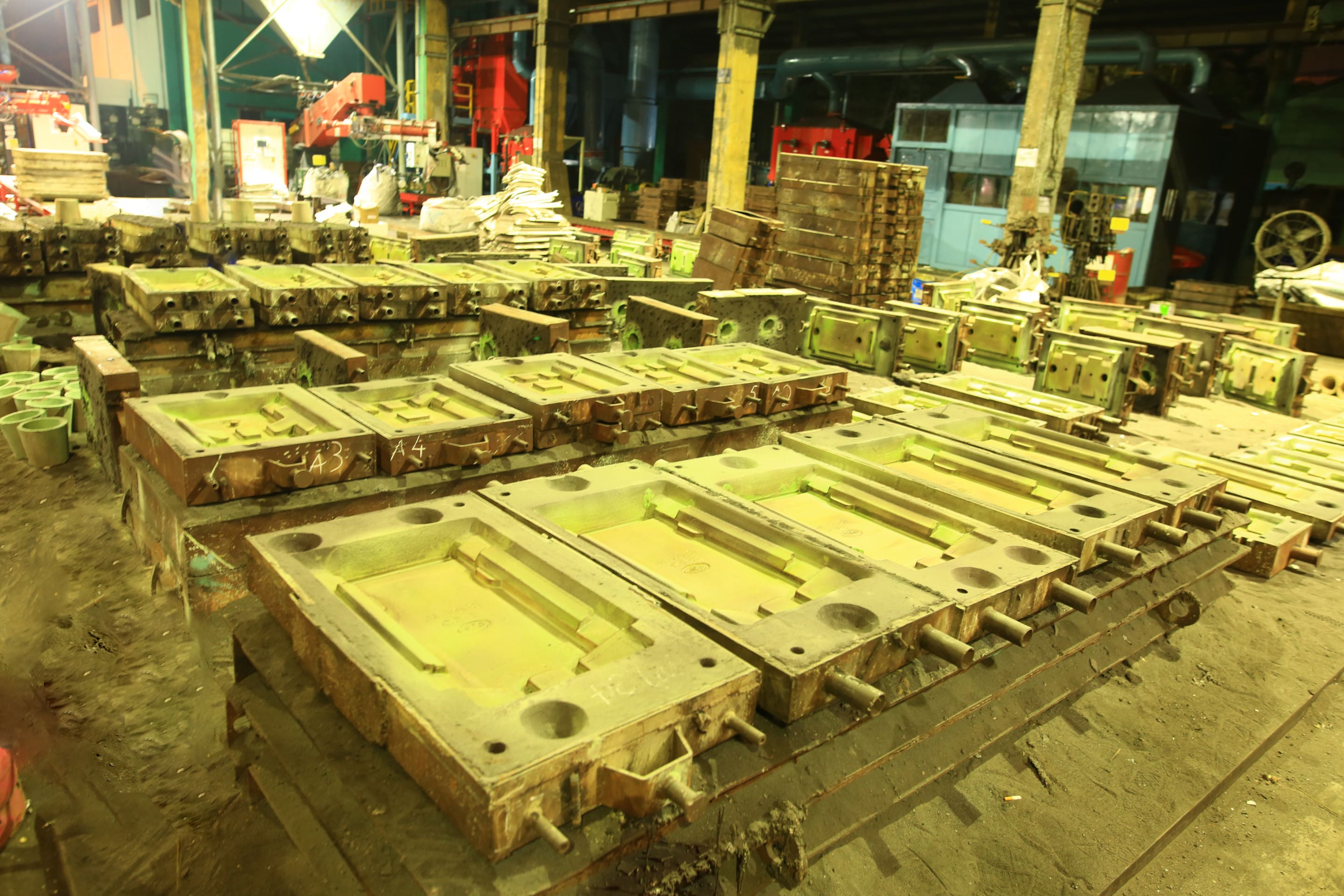 A casting process that uses molds and cores prepared from sands that harden in air and do not require drying or any additional treatment with external reagents.

Self-hardening molding sands consist of fillers, binders, and hardeners; they sometimes contain water. In some cases, the same material may be both the binder and hardener (for example, cement). Inorganic and organic binders are used. Molding sands of three types are used: plastic, liquid, and bulk (the terms are arbitrary). Cores and molds produced from plastic self-hardening molding sands must be compacted, liquid sands are poured into core boxes and onto patterns, and bulk sands require almost no compacting. 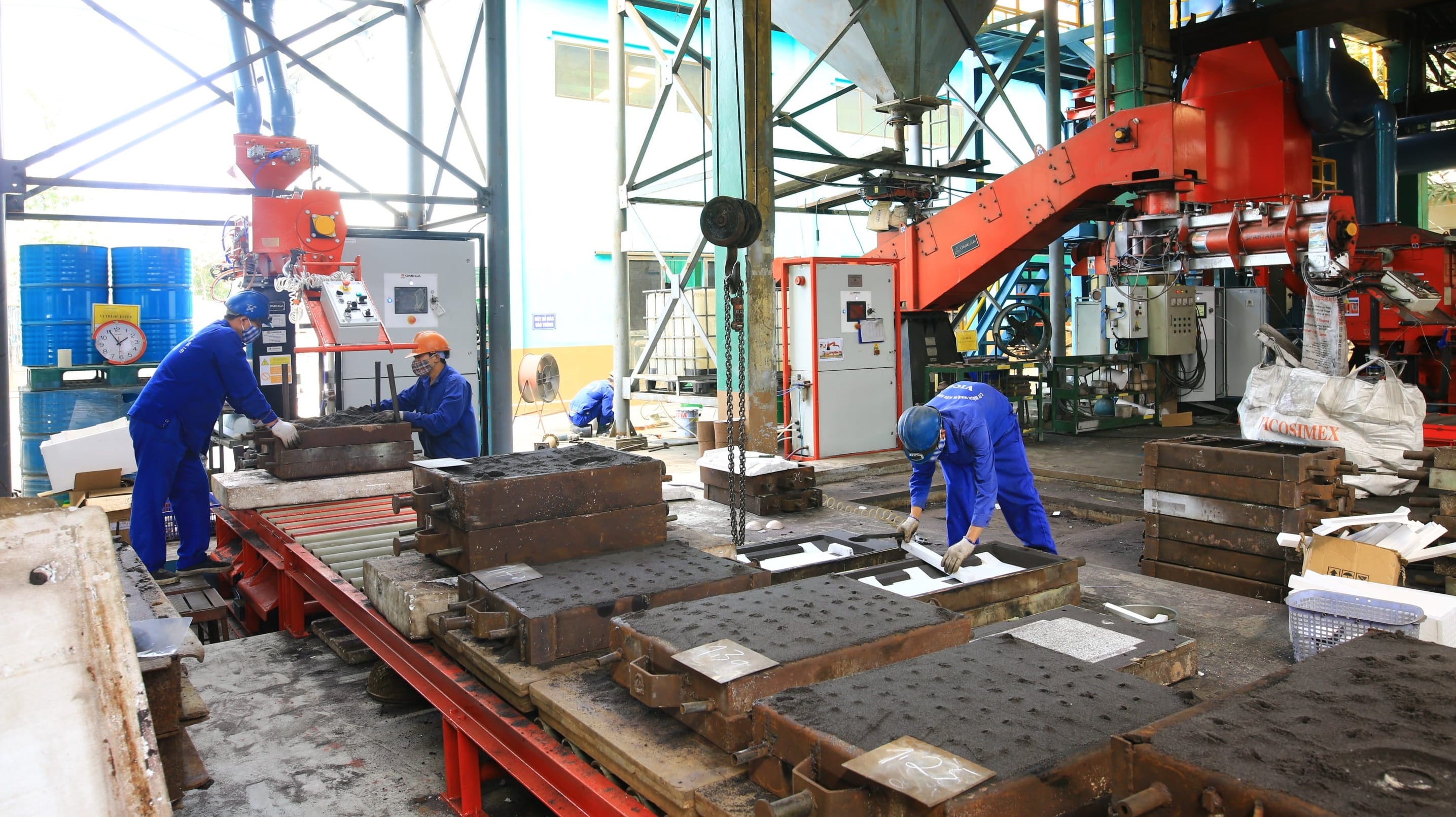 Plastic self-hardening molding sands containing cement and quartz sand, which are used in the foundry industry, mainly in Western Europe, became widespread in the 1930s. Molds and cores made from such sands harden in the air in 24–72 hr. Fundamentally new liquid sands were developed in the USSR during the 1960s. They consist of fillers, inorganic or organic binders, hardeners, and surface-active agents. Sands without surface-active agents or with very small quantities of them are used as plastic and bulk sands. Liquid and plastic self-hardening molding sands containing water glass have come into wide use in the USSR and several foreign countries. Various materials, particularly those containing dicalcium silicate (for example, slag from ferrochrome production), are used as hardeners in these sands. Cores and molds produced from such sands harden in the air in 20–60 min. To improve the shake-out of castings from molds made from self-hardening sands containing inorganic binders (for example, water glass), small quantities of special additives (mainly organic) are sometimes used.

Sands with organic binders are used in all industrially developed countries. Examples of such binders are synthetic carba-mide-furan, phenol-furan, and phenolic resins. Among the hardeners used in the preparation of the molding sands are orthophosphoric acid, para-toluenesulfonic acid, and benzene-sulfonic acid. These sands are used mainly in the production of cores that are easy to knock out of the castings. The hardening time of the cores in the air is 10–30 min. All types of self-hardening sands are used in the production of molds and cores, mainly in individual, short-run, and large-series production of castings of virtually any shape and size from steel, cast iron, and nonferrous alloys. Sands with very short hardening cycles that satisfy the requirements of mass production are being developed.

Why is foundry difficult to develop?